Twitter has banned the accounts of two conservative figures — MyPillow CEO Mike Lindell and Dr. Vladimir “Zev” Zelenko — shortly after both rejoined the platform. Lindell, who was banned in 2021, rejoined Twitter over the weekend and was re-banned a few hours later. Zelenko, who was banned in 2020, also opened an account this weekend.

Twitter confirmed to The Verge this morning that it had been permanently suspended. According to the company, the accounts were suspended for violating platform rules against evading bans.

Twitter’s decision comes as billionaire Elon Musk plans to take control of the company and implement looser content restrictions. Musk has publicly criticized Twitter’s head of moderation for supporting what he dubbed a “left-wing bias” on the service. His impending purchase of Twitter has invigorated conservative interest in the platform and raised the possibility that banned figures could return to the platform — including former president Donald Trump. Influential conservative accounts gained followers in the past week, and users like Lindell and Zelenko have already tried rejoining. But the deal isn’t expected to close for several months, and so far, Twitter doesn’t appear to be loosening its rules.

Lindell was originally suspended for violating Twitter’s rules against election misinformation. The CEO has helped spearhead a movement to overturn the 2020 presidential election, and he’s been sued for defamation over numerous false claims about voting machine companies Dominion and Smartmatic. Following his ban, he told Insider that the decision was a “shame” and former Twitter head Jack Dorsey “should be first in line for prison.” (Dorsey stepped down as CEO last year.) Zelenko, who became known for promoting an unproven COVID-19 treatment, was originally banned for violating rules on platform manipulation and spam.

Musk has laid out a somewhat nebulous vision for Twitter’s future, but he’s specifically criticized permanent bans for the service. So it’s plausible that accounts like Lindell’s and Zelenko’s could eventually return to Twitter — just not for some time. 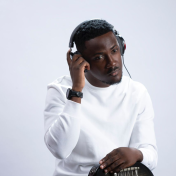