Tamale City FC have secured qualification for the 2022/23 betPawa Ghana Premier League after finishing top of the three-way play off competition which included Ebusua Dwarfs and Liberty Professionals.

City finished top of the play-offs with four points after beating Liberty Professionals 1-0 last Saturday and securing a draw against Ebusua Dwarfs on Monday at the Accra Sports Stadium.

Former Premier League sides Liberty Professionals and Ebusua Dwarfs were second and third with three points and one point respectively.

Tamale City will replace Ashanti Gold SC who were demoted from the topflight league following a decision by the GFA Disciplinary Committee which was affirmed by the Appeals Committee.

Here is how the three teams placed at the end of the competition: 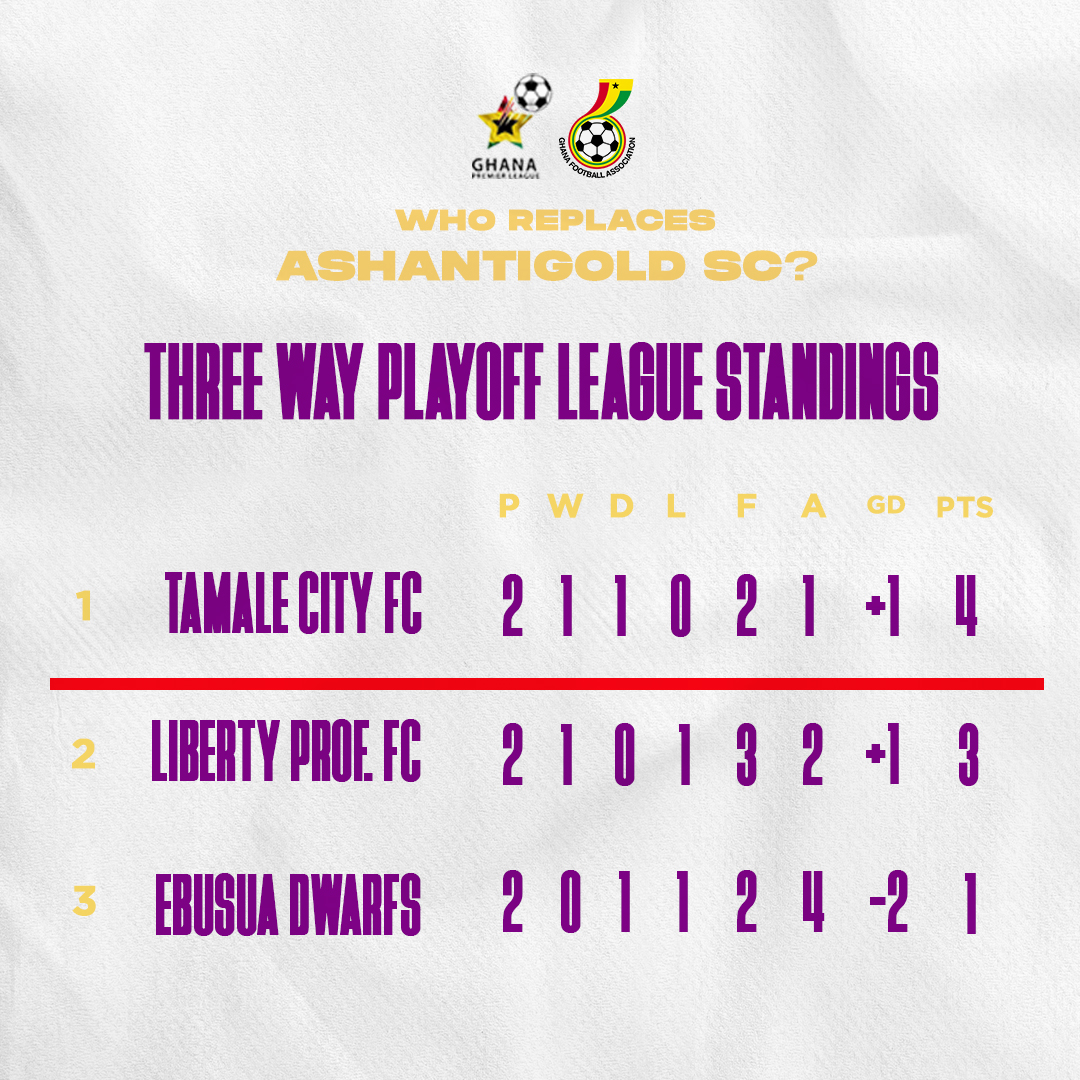