Prosper Narteh Ogum has waved goodbye to Asante Kotoko in a statement published on social media after resigning as head coach.

The 44-year-old last month took the decision to leave the club over some disagreements with the management of the club.

Although some members of the board of the club tried to step in for coach Ogum to rescind his decision to resign, Ogum after various engagements and consultations decided to stick to his decision.

The Black Galaxies assistant coach joined the Porcupine Warriors from West African Football Academy (WAFA) before the start of the 2021/22 Ghana Premier League season on a two year deal.

Asante Kotoko are expected to announce the appointment of a new head coach ahead of new season in the coming weeks. 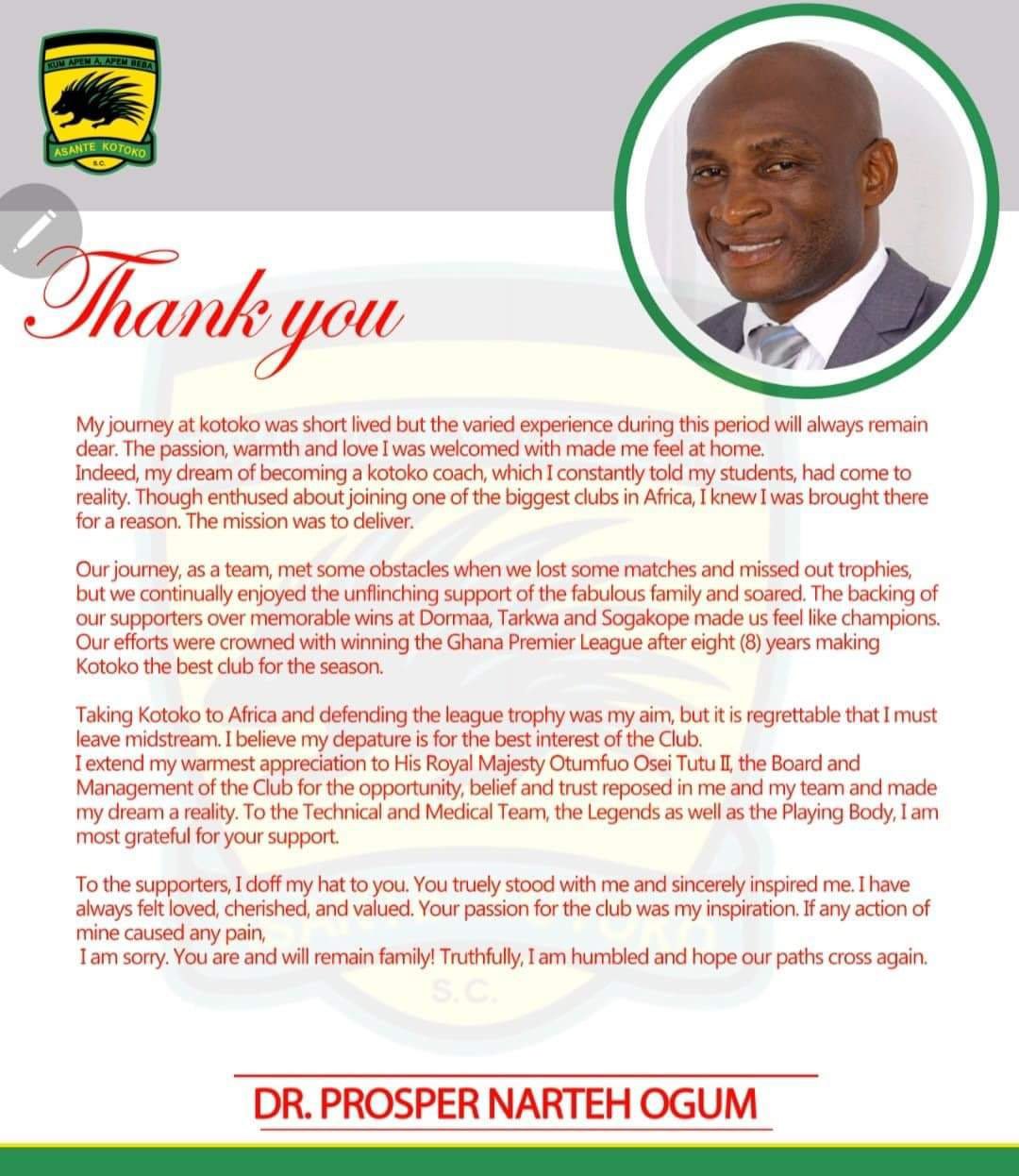