The Ghana Police Service has cautioned religious groups and leaders to be measured in the communication of prophecies that “may cause fear and alarm to the public or disturb the public peace.”

“Over the years, communication of prophecies of harm, danger and death, by some religious leaders, have created tension and panic in the Ghanaian society and put the lives of many people in fear and danger,”  the statement said.

In December 2018, the Odorkor Branch of the Glorious Word and Power Ministry was vandalised because the head pastor, Rev. Isaac Owusu Bempah incurred the wrath of some Muslims after prophesying that the Chief Imam will die the following year.

The police further sought to reiterate the criminality involved in the publication or broadcast of such “prophecies.

“It is also a crime for a person, by means of electronic communications service, to knowingly send a communication that is false or misleading and likely to prejudice the efficiency of life-saving service or to endanger the safety of any person.”

In lieu of this, culpable persons are liable to a term of imprisonment of up to five years. 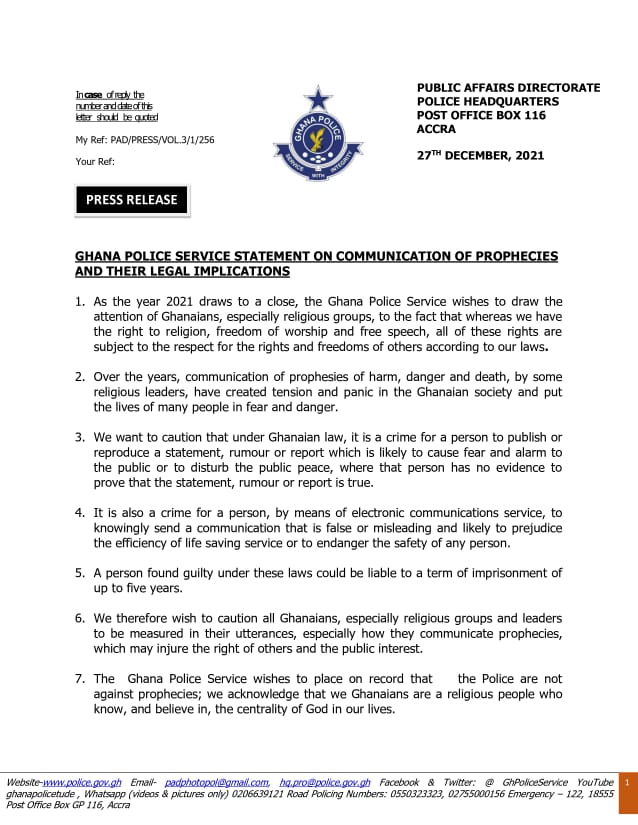 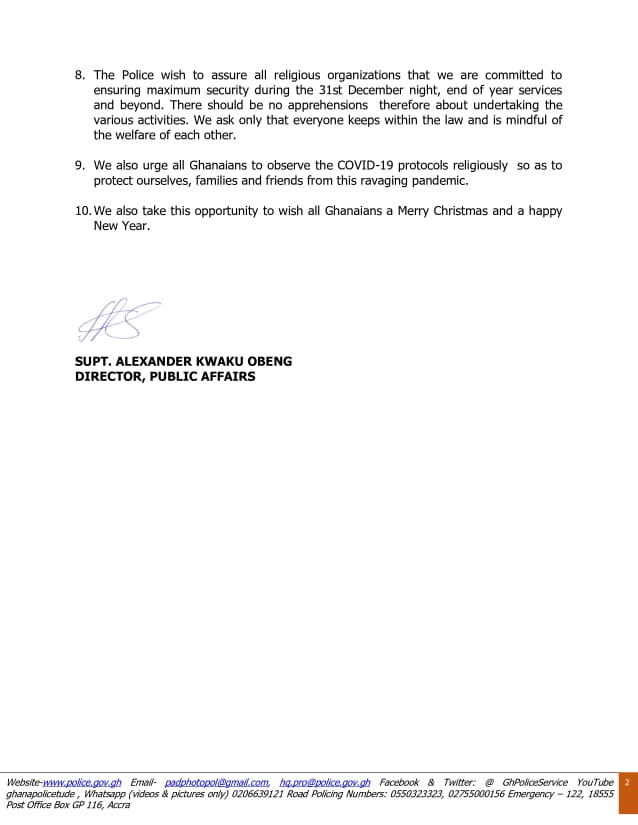 I go home with no regrets because... 7 arrested over shootout in Ni... Police apologise for killing b...