The MTN FA Cup semi final match between holders Accra Hearts of Oak and Dreams FC has been moved to the Accra Sports stadium.

The match which was originally scheduled for the El Wak stadium will now take place on Saturday, May 14 at 3pm at the Accra stadium.

The other semi final clash between 2015/16 champions Bechem United and two-time Premier League winners Aduana Stars will be played on Sunday, May 15, 2022 at the Golden city Park in Berekum. 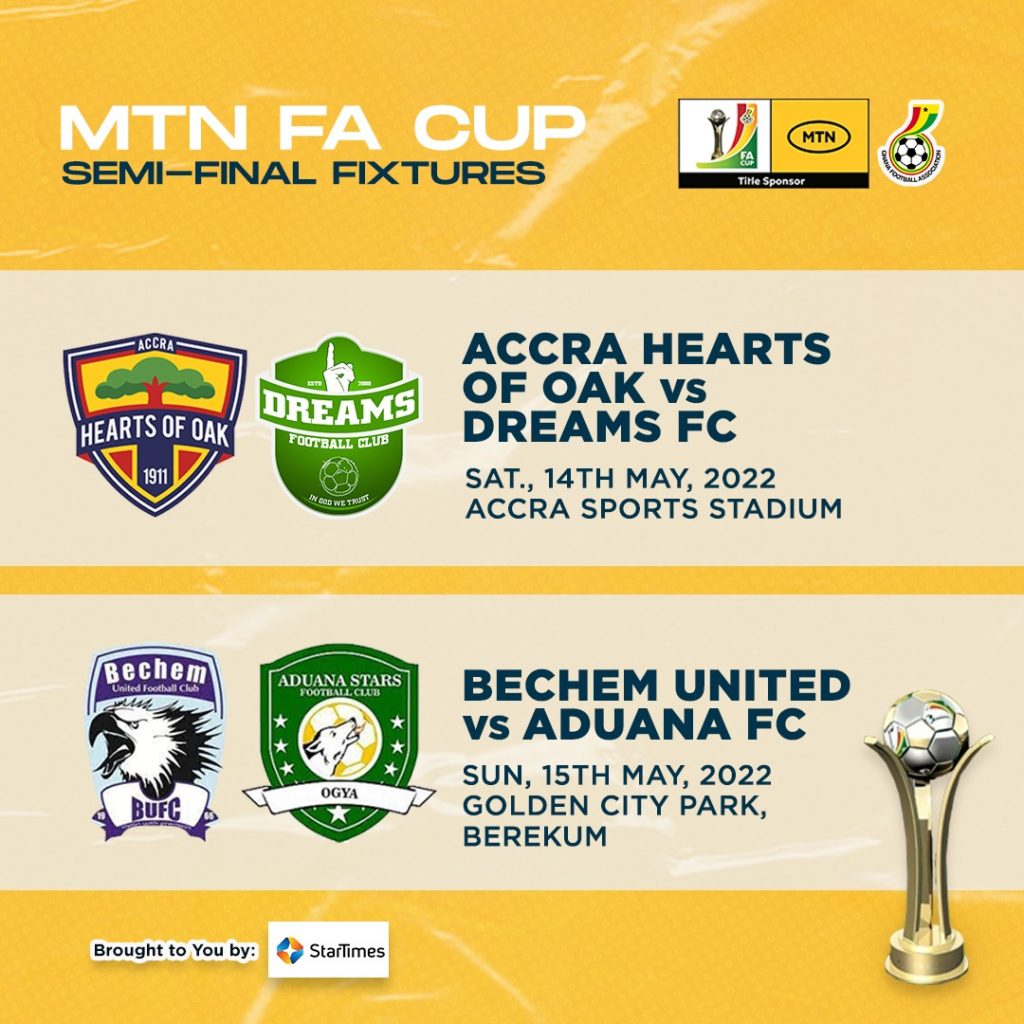 Liverpool come from behind to beat...