Holders Hearts of Oak have been knocked out of the MTN FA Cup after a 1-0 loss to Dreams FC at the Accra Sports Stadium on Sunday.

Dreams FC took the lead as early as the 10th minute of the encounter as Agyenim Boateng Mensah took advantage of a Richmond Ayi howler to slot home.

The Phobians damped out the Still Believe lads in the semifinal of last season’s competition following a 3-2 win at the Accra Sports stadium. But their output was not up to task as Dreams FC held on to their early lead to cruise through to the next stage of the Cup competition.

Hearts were awarded a penalty late in injury time but failed to make good use of it as Benjamin Yorke and Samuel Inkoom missed from the spot.

The Phobians had to take the penalty kick twice after replays showed that the Dreams FC goalkeeper had come off his lines to save Benjamin Yorke’s initial kick.

Kotoko snatched the lead from their first incursion after Enoch Morrison had his free kick headed into the back of the net by Justice Blay inside 17 minutes.

Benab FC got the equalizer in the 69th minute through Mohammed Umar who finished off a delicious pass from the left side.

Maxwell Agyemang finally scored in the closing stages to win the game for the Porcupine Warriors.

Legon Cities beat Great Olympics 4-3 on penalties to progress to the next round after the match failed to produce goals in regulation time.

Below are results of the matches in the round of 32: 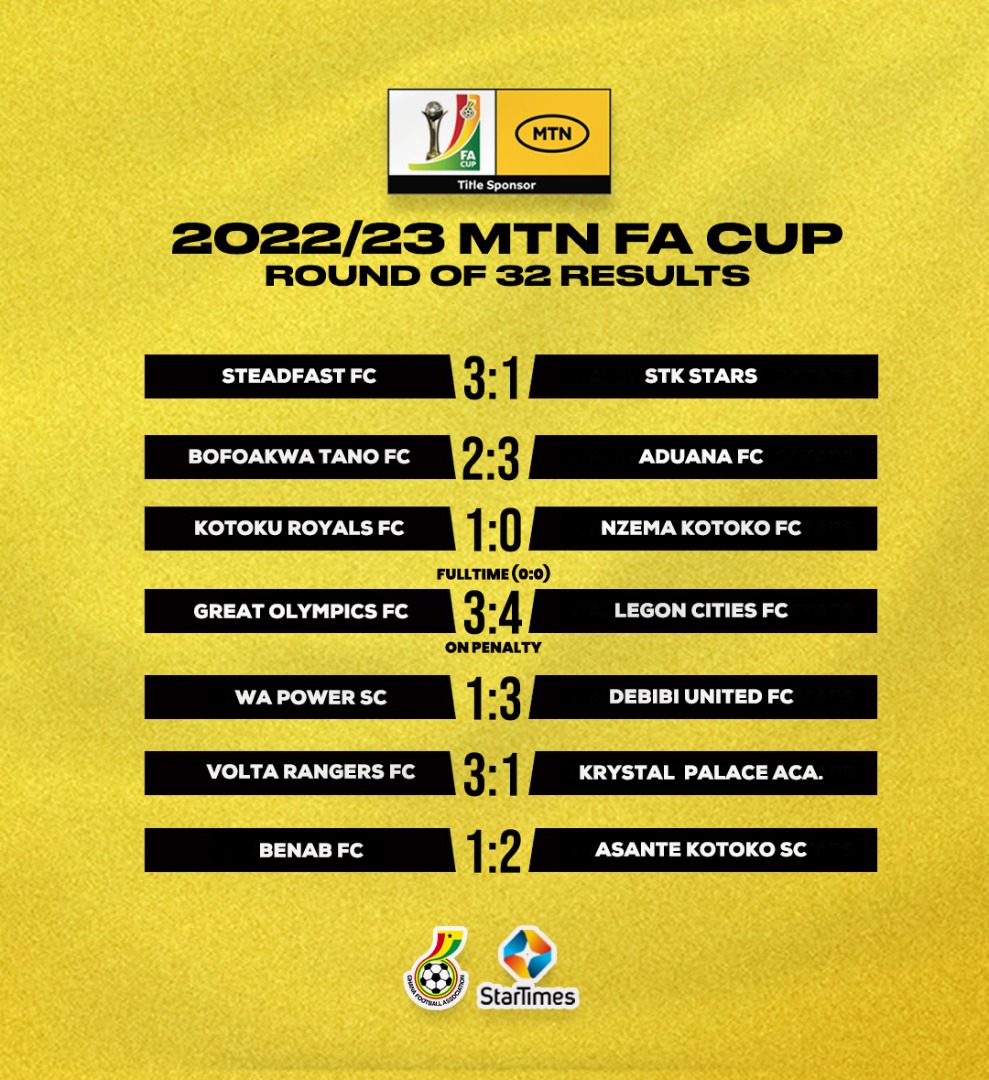 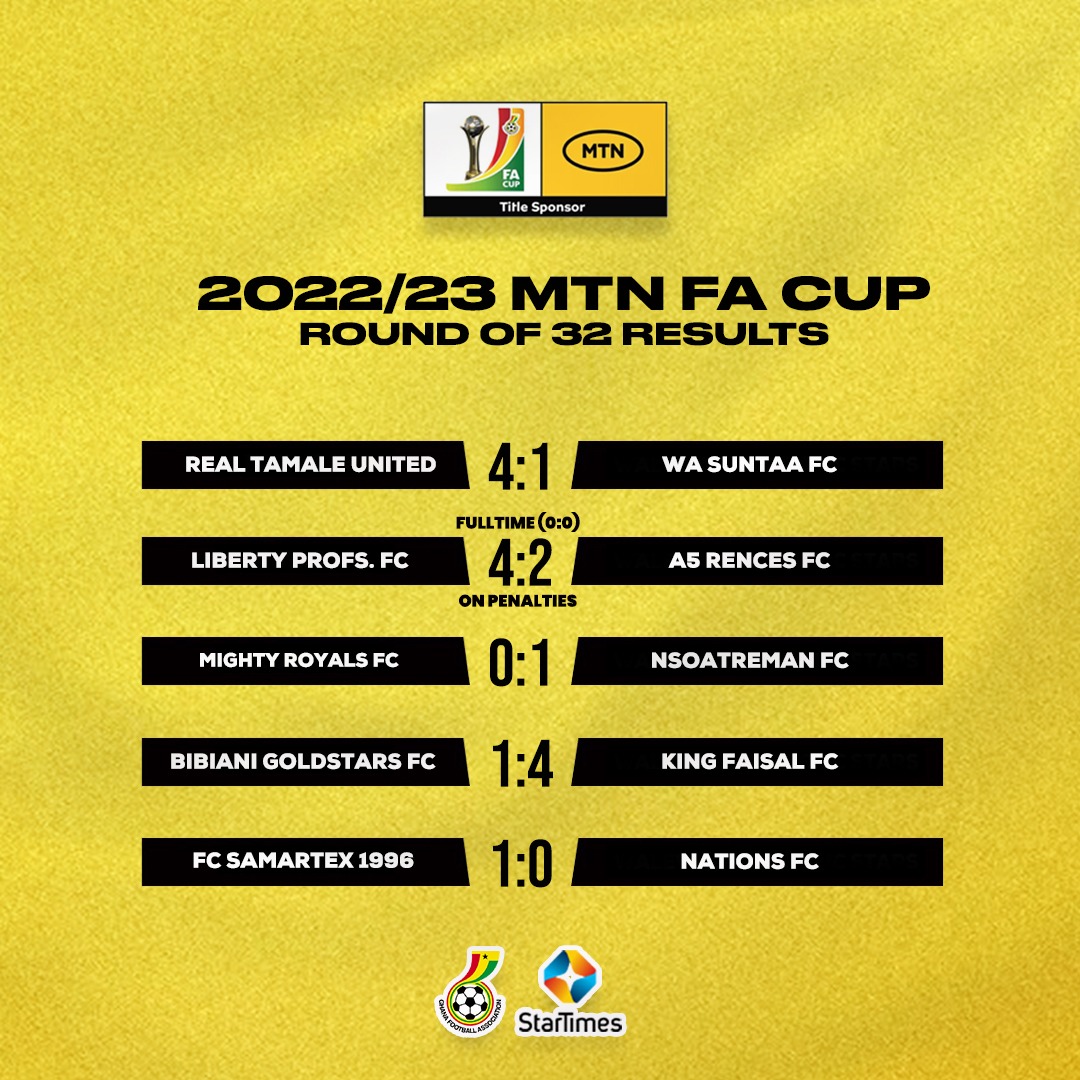 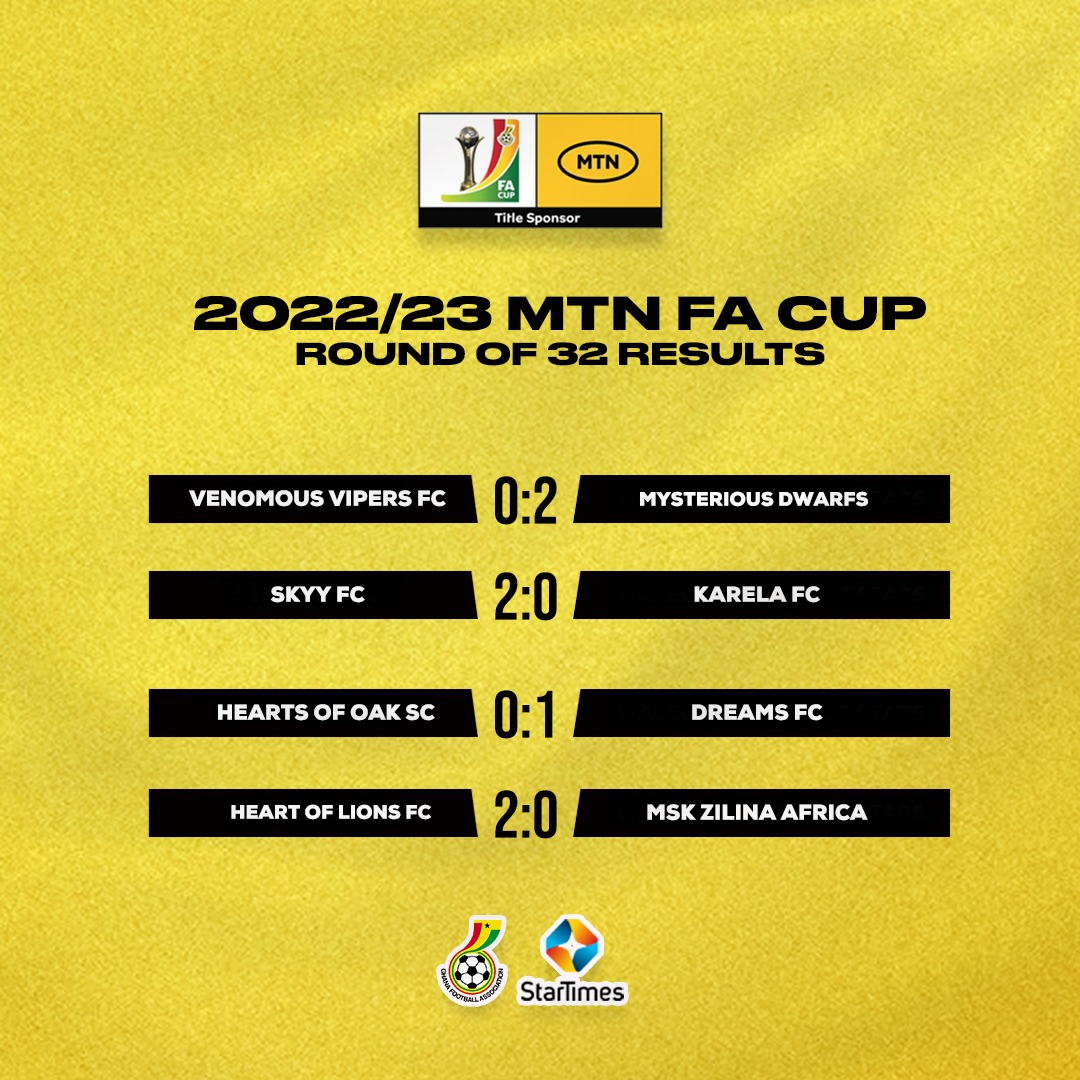