The Ghana Football Association has confirmed that there shall be a play-off between the three second placed clubs in the Division One Leagues with the ultimate winner replacing demoted Ashanti Gold SC in next season’s Ghana Premier League.

The three 2nd placed clubs, Tamale City FC, Mysterious Ebusua Dwarfs and Liberty Professionals will play in a three way League to determine the replacement for Ashanti Gold SC in the Premier League.

The three teams will engage in an all play all League format after which the winner makes it to the Premier League.

The fixtures will be as follows:

A draw would be held for the teams to pick A, B or C to ensure fair parings. 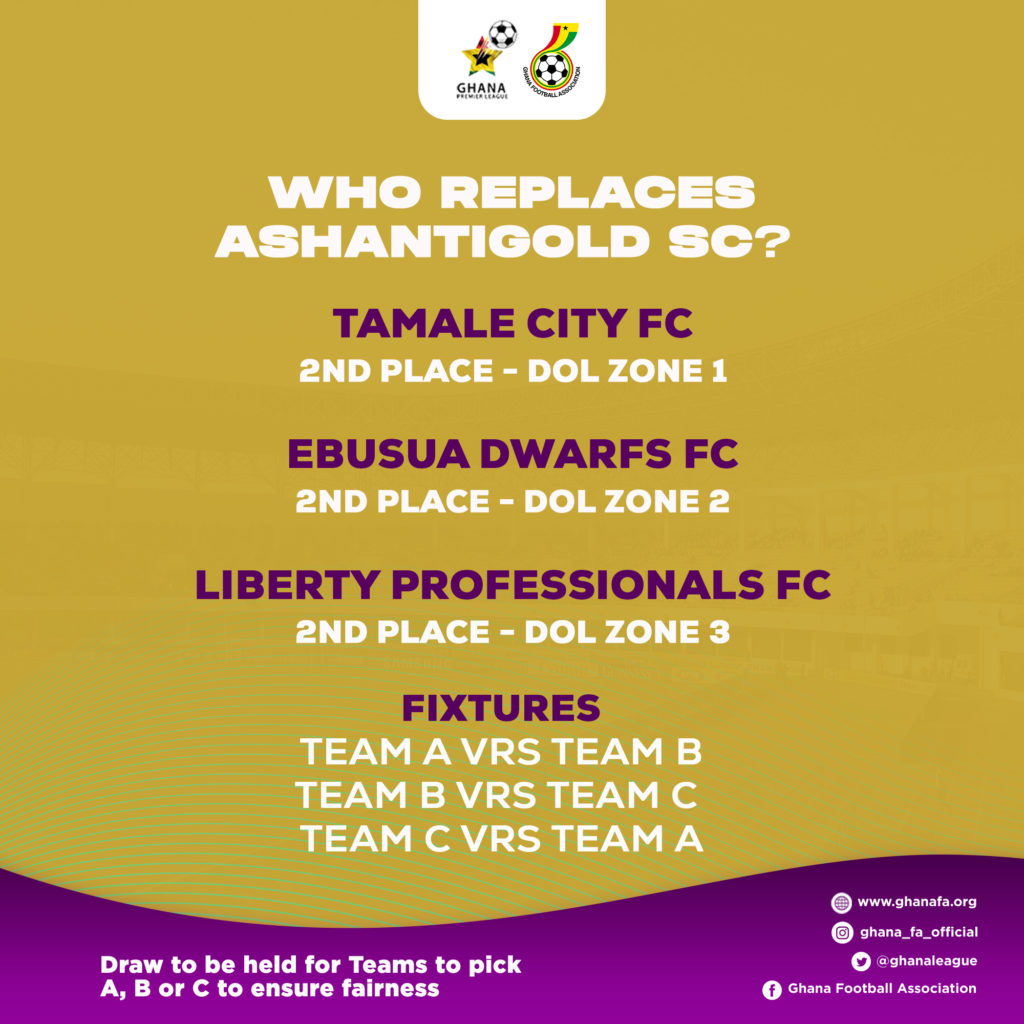