The 21 players, who competed in the 2021/22 Premier League season and were banned by the Ghana Football Association (GFA) for alleged match fixing have been granted ‘stay on’ following latest ruling by the Court of Arbitration for Sport (CAS).

These players were sanctioned by the GFA after the Association concluded investigations into alleged match fixing involving Inter Allies Football Club and Ashanti Gold Sporting Club.

Ashgold thrashed Inter Allies 7-0 involving two own goals, with viral post-match footage on social media showing what were described as “cheap and deliberate own goals”.

The ruling was delivered on Wednesday by the Swiss based outfit. The Representative body of footballers (FIFPRO) brought the case to CAS in the wake of the GFA ruling that banned as many as 25 players for a maximum of 24 months from football.

However, the ban is yet to have a permanent ruling since the main case is yet to be determined.

This decision allows the players to be registered by their respective clubs for the 2022/23 football season. They can also play competitive football while the case is heard and determined by CAS.

Asante Kotoko midfielder Richmond Lamptey, however, is excluded from this directive as the 25-year-old was not part of the 21 players listed by FIFPro in their appeal.

Below is the Official Statement on the Ruling: 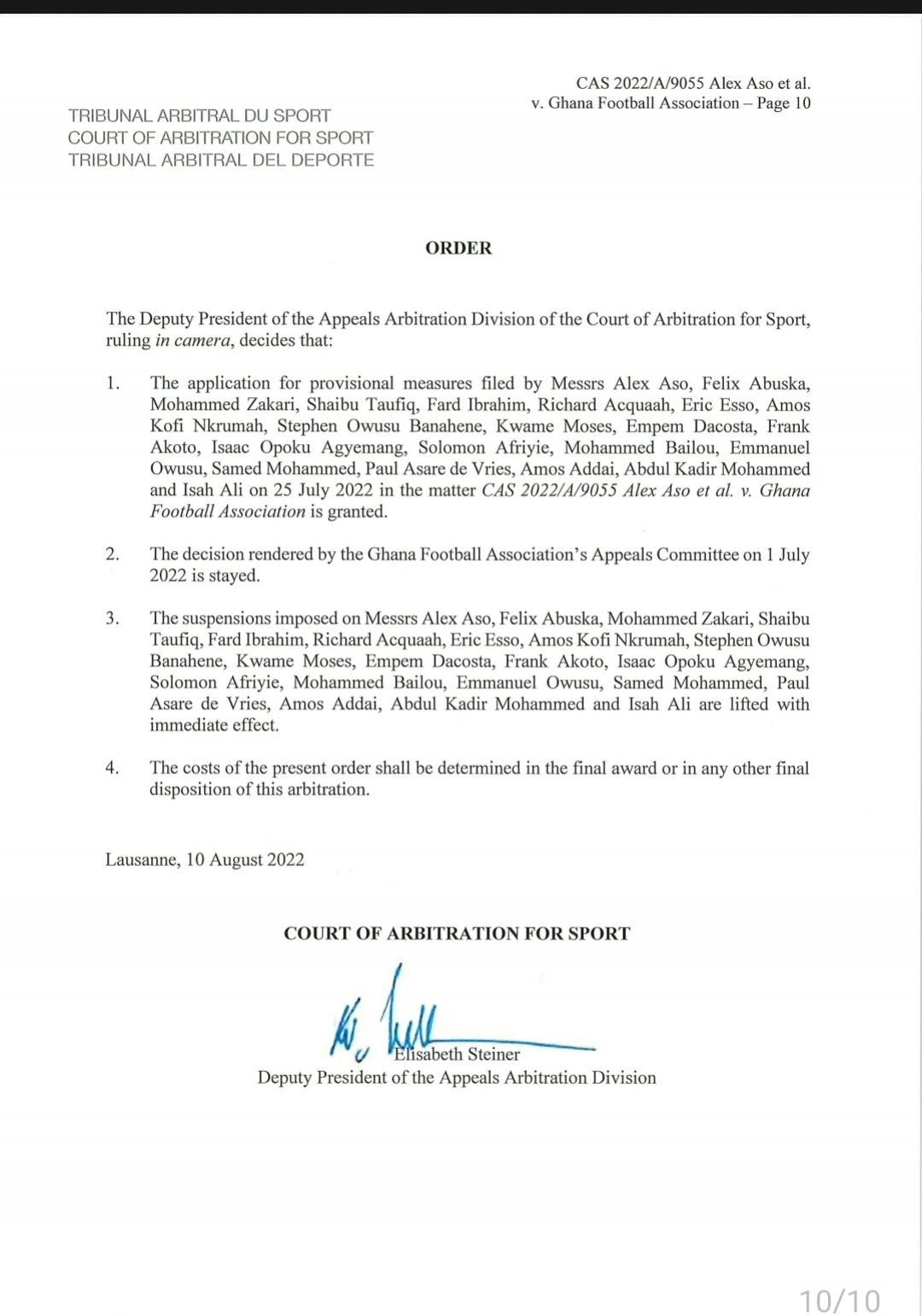