Asante Kotoko were held to a 1-1 draw by Hearts of Oak on match week three of the Ghana Premier League on Sunday.

The Porcupine Warriors had themselves to blame after wasting all the decent chances that came their way especially in the first half. The league champions were superior in the first half as they took a lion’s share of ball possession and created glaring goal scoring opportunities.

Steven Mukwala missed another begging chance but it didn’t take long for Kotoko to take the lead through Yussif Mubarik in the 57th minute.

The Reds held on for most parts of the game with an eye on the three points but Caleb Amankwah scored late to deny them as he snatched the equalizer in the 88th minute.

Hearts are without a win three games into the season while Kotoko have one point after their first game.

The result leaves Hearts of Oak with two points from three matches while Asante Kotoko have one point with two games in hand.

Elsewhere, Aduana Stars came from two goals down to draw 2-2 with Samartex 1996 FC.

Kwame Adom Frimpong rescued them after Sam Adams pulled one back to cancel two first half goals scored by Samartex.

The visitors took the lead through Emmanuel Keyeke in the 28th minute before Abubakari Seidu added the second goal three minutes from the break.

The Hunters lifted up their game and drew parity in the 79th minute through Adom Frimpong after Sam Adams had pulled one back in the 54th minute of the match.

Later on Monday, Berekum Chelsea will host Medeama SC at the Agyeman Badu Park at Dormaa. 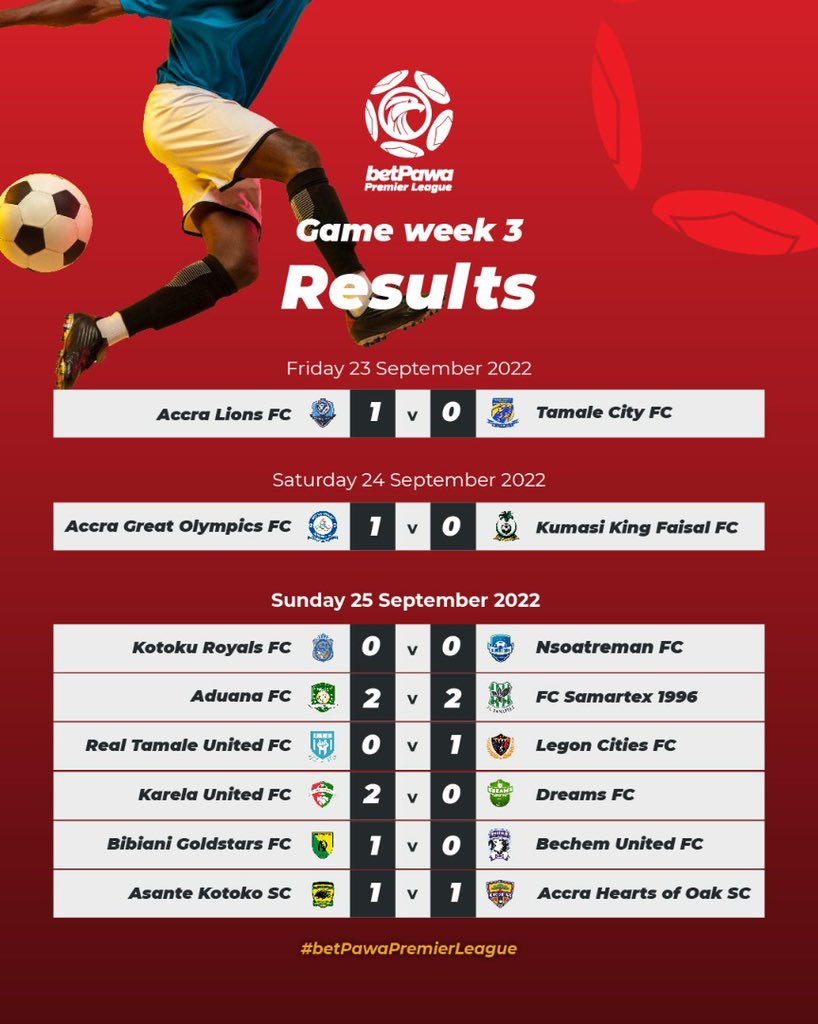